A girl who had breezed past the peach stall returned after a while, and sat in the smoking area smoking a cigarette. As a peach salesman, I was duty-bound to offer her a taste of peach whether she was smoking or not, and she must have accepted the peach I offered her, as we got talking. About the second thing she said - while stroking her hair - was something about my hair. I think she said "how long have you had those in?" evidently assuming that my dreadlocks were extensions. I told her that in fact this was my real hair and the longest remaining parts had been growing for 9 years since being cut. I explained to her the method by which my hair was being cut, handed her the scissors, and asked her to take part in the process. 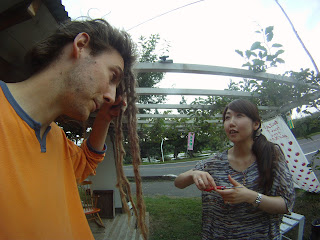 She seemed somewhat surprised but was content to reach up and cut off a hair. 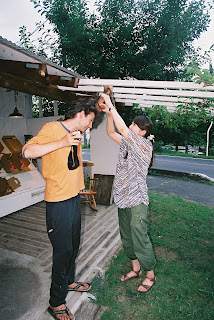 Her friend, however, couldn't believe it and almost rolled over backwards laughing. 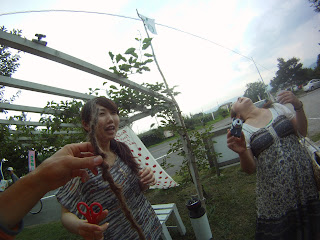 Then, of course, came the question of what to do with the detached lock. Ji came and tried to persuade the girls that maybe they did not want to keep a smelly old dreadlock, but they asserted that keeping it was a better idea, he suggested tying the lock to one of their handbags. 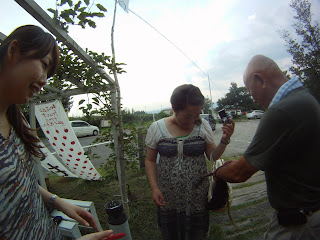 The girls took a while to go to their car and discuss what they would exchange for the lock. Their first suggestion had been a bottle opener. 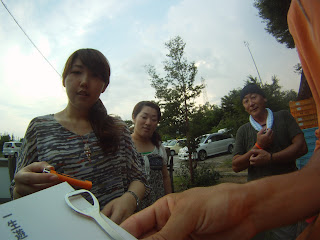 
They left, and I began the wait for the next removal...