A hot busy day in the peach stall. Michi, the girl from the café, was in the office eating a bagel for lunch. 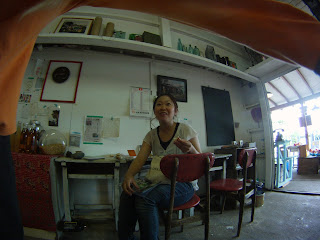 She noticed that I had shaved off my beard, and I explained that I had done so because it was such a hot summer. She agreed that it was very hot, and came to sit in the cooler part of the shop. We must have continued the beard conversation, as she suddenly asked if I had cut some of my hairs off as well. I realized she had neither cut nor been told about the cutting of my hair, so on the strength of her question was eligible to cut off a dreadlock. I handed over the scissors and explained to her my spiel. 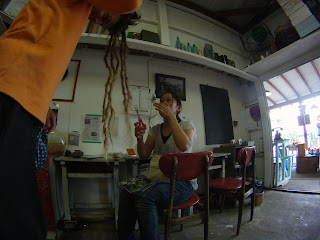 Michi seemed a bit surprised by my explanation, but also seemed rather excited to have this first-time experience of cutting someone's hair off. 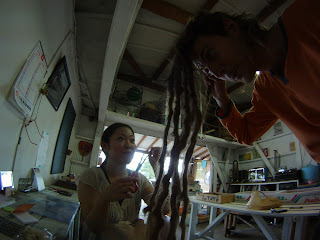 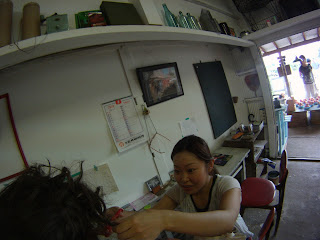 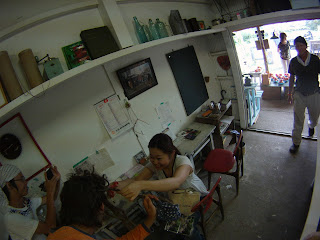 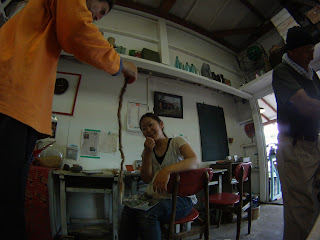 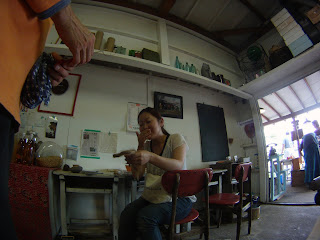 I wondered for a moment whether Michi would keep the lock or not, but she decided, after a moment's hesitation, that she would. Shinya came in and excitedly tied the hair to Michi's bag. I asked her for an exchange, and she looked briefly in her bag, but she couldn't think of anything to give me, and promised she would bring me something the next day.

The next afternoon, I was folding pamphlets in the office, when Michi appeared. She told me she had brought me something, as promised. It was a heavy metal spoon coated in a kind of resin. It would, she told me, come in handy on my travels. 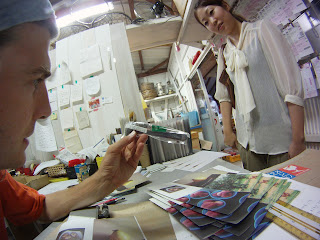 My travels would not continue, however, until well after the next dreadlock and all the others had been removed