After a hot-spring bath and a long-anticipated face shave, I slept for a while in the bath house. I awoke to the sound of a gaggle of ladies discussing what country I might be from. I answered the unasked question in Japanese, and they plied me with questions, while a husband patiently waited. One of the ladies eventually asked if my hair was real, and one of her friends answered her with the assertion that they must surely be extensions, mustn't they? 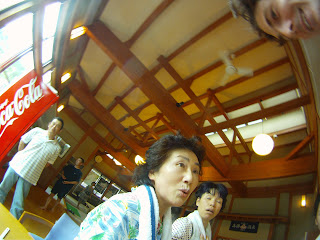 I allowed a moment or two for such assumptions before getting out my scissors, asserting the genuine nature of my hair, and inviting them to cut one off. 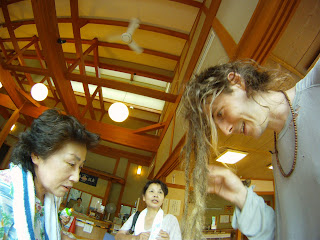 The lady who took the scissors seemed a little confused by what I meant her to do, until I removed all doubt by directing the scissors to the base of the lock she had selected. 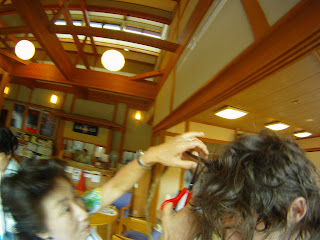 Taking one or two snips, she freed the lock from my head, and then asked, "now what do we do with it?"
"Indeed," I replied, and after the slightest pause asked if she wanted to keep it. To my surprise, the answer was "yes!" The ladies all agreed that it should be an exchange, but said that since they had only come out to have a bath, they had nothing with them. Their bags were full of evidence to the contrary, and soon they were all rooting through their bags in search of some exchangeable object. 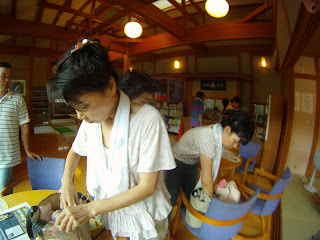 One of them offered me a rather precious-looking finely embroidered pink purse, but I said it looked rather too precious. I told them some of the other objects people had been exchanging for the locks (shampoo, umbrellas and other useful things) and pointed to a pair of cheap plastic hair brushes, hinting that one of those would do, but either the hint was not taken, or they did not feel a cheap plastic hairbrush was a good exchange. Eventually, one of the ladies found a slightly less cheap-looking plastic hairbrush in the bottom of her bag, and this turned out to be an exchange acceptable to all parties. 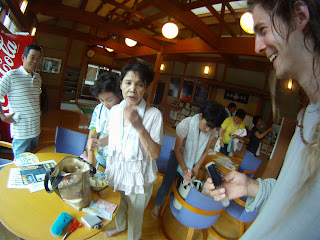 Since when did I get so picky about the objects that were exchanged? Perhaps an element of self-protection is an inherent aspect of bartering. 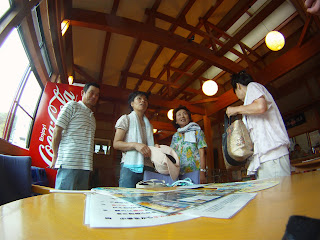 We said our farewells and the ladies left, and I hitchhiked back down to the peach farm, but it was another few days before the next eligible mention of my dreadlocks.