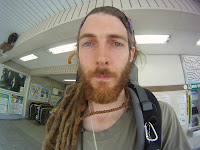 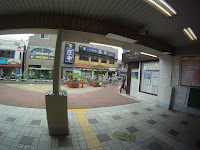 I had not seen Naoya for about 9 years. As such, he had not seen me with dreadlocks, and I guessed correctly that my hair would be one of the first things he mentioned when I met him at the station near his apartment. 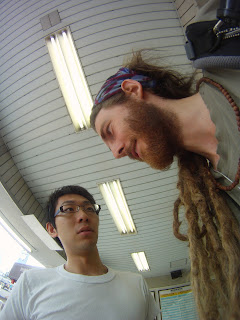 So in amongst the greetings and general reunion chit chat, I told him my spiel and handed him the scissors. 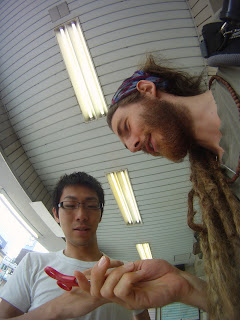 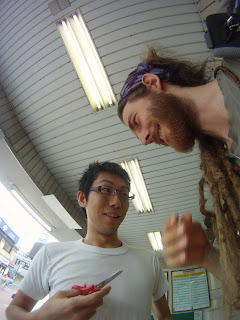 He seemed remarkably unsurprised and we chose the lock together: it was one with a wide round coloured string hanging from it, and was pretty tangled and thick at the base. Naoya cut off the lock at the root, quite happily convinced that it was the right thing to do. 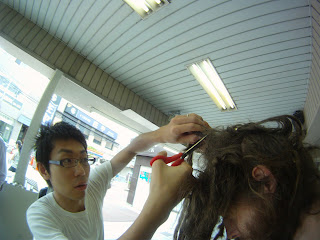 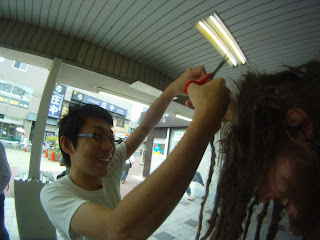 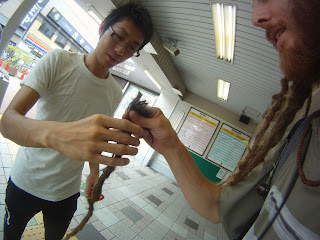 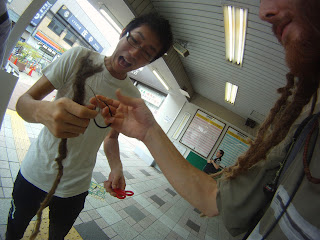 Naoya initially seemed to want to keep the hair, but said that his wife would probably tell him to throw it away. We went to their apartment, and (using the lighter I had exchanged for a dreadlock the previous day) Naoya burnt around the edges of the root end of the dreadlock to clear up the loose hairs. He then put it on the sideboard near the kitchen, ready to hang up somewhere as a decoration. 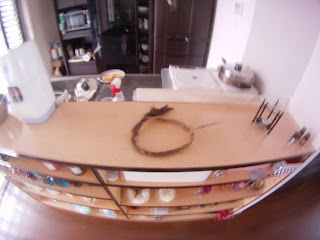 After a while, Naoya's wife came home. Before either of us had a chance to explain anything to her, she saw the dreadlock on the sideboard, and exclaimed. I judged that since this was a reaction to a hair that had already been cut, and not to hair that was still attached, she was not eligible to cut another lock off. As Naoya had predicted, her opinion on the detached hair was that the best thing to do would be to throw it away. I reminded Naoya that a better thing to do would be to burn it, so the two of us went outside for a hair-burning ceremony, again using the lighter I had exchanged for the previous day's dreadlock. 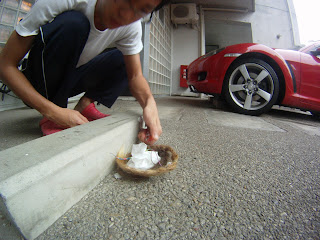 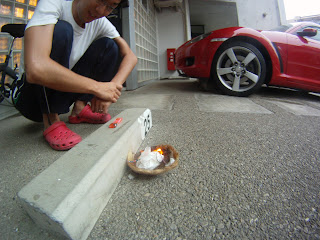 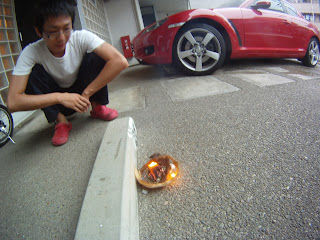 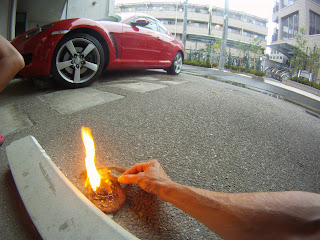 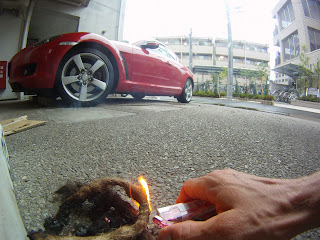 It seems that densely packed tangled matted hair that may be rather damp from weeks of rainy season does not burn particularly well. 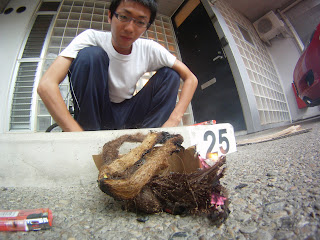 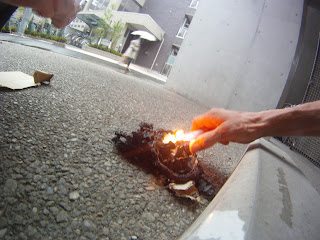 We had to use cardboard as fuel and by building up a little pyre, we managed to reduce the dreadlock to a crispy ring - something like a rough black stinking pretzel. 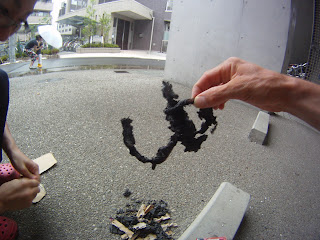 The remains were then broken up and disposed of down a drain. I hoped that the drain would not get blocked, but Naoya seemed to think it would be OK.

The next day, Naoya drove me into Tokyo to catch a train which would take me to a fruit farm in Fukushima.
Posted by Sparky at 3:30 PM