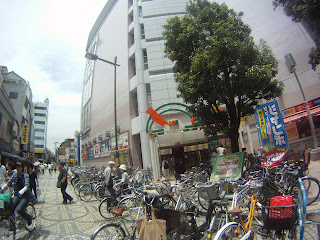 I wandered through the less touristy streets of Asakusa, Tokyo, my dreadlocks swinging as I walked. As I passed by the entrance of ROX, a small shopping mall, I was accosted by a girl who handed me a flyer advertising a Special Campaign: a 1050 yen discount at a hair cutting salon on the 2nd floor. 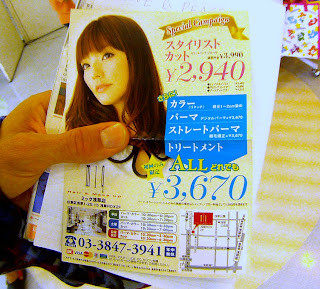 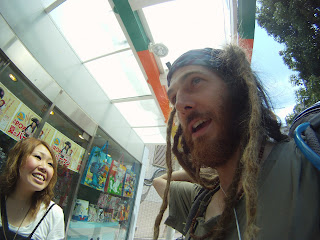 I gestured to my hair, and asked if she thought I was due for a hair cut. She gave no straight answer, but then asked me if it was my real hair. So I told her all about the process I was going through, that anyone mentioning my hair would be entitled to cut one off. I handed her the scissors and asked her to choose a dreadlock. 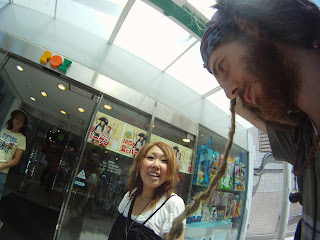 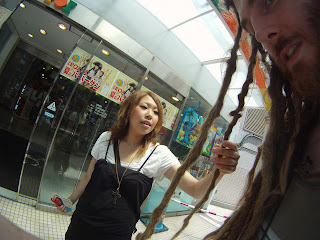 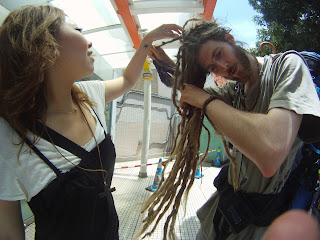 Narabi (for that was her name) seemed relatively unfazed by the idea that I was taking off my dreadlocks, and she chose one to remove. It was one of the locks that I had tied another lock to the end of. She cut the lock close to the root, and the deed was done: one dreadlock cut, two dreadlocks lighter. 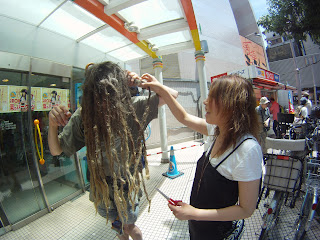 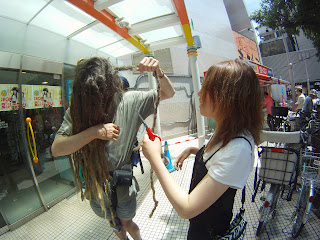 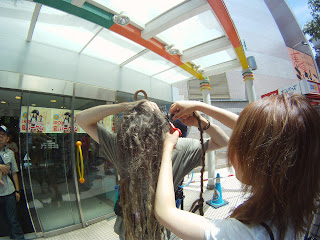 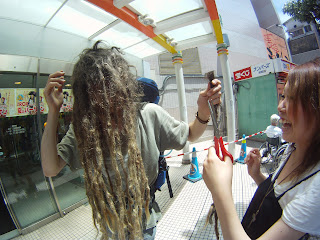 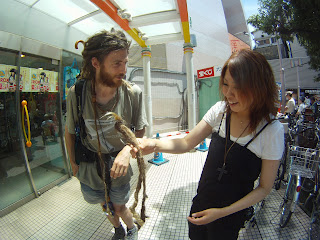 As she worked in the haircutting industry, it was natural that Narabi should want to keep the dreadlock, so I asked what she might want to exchange for it. She searched her pockets, but rapidly became convinced that she did not have anything at all. 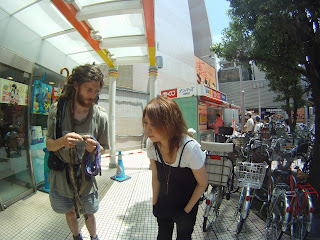 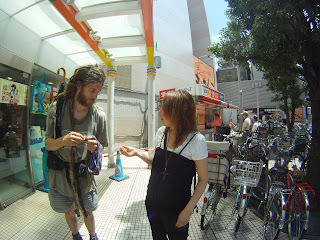 But then she found her cigarette lighter, which seemed to be a fair swap. I remarked as we exchanged goods that the lack of lighter might help her to give up smoking. Like many of my other cutters, I asked Narabi to write in my diary. As she did so, using a four-coloured pen that she had with her, I thought what an excellent exchange a four-coloured pen would have been for a dreadlock. But some things are not meant to be. It just goes to show how many objects people carry around, even while believing that they have nothing at all. 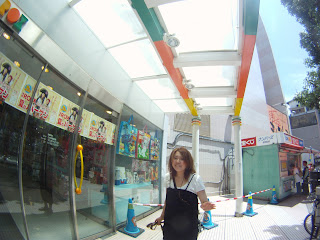 It was tempting to take up the opportunity offered by Narabi's flyer, and spend the money I had "earned" the previous evening on a discounted stylist haircut. For months my dreadlocks had been weighing on my shoulders as I wove my way through the world... but I was not ready to walk into a salon, spend lots of money and walk out with short hair. I knew that with 15 dreadlocks still attached to my head, there were more encounters ahead that would prove far more interesting and valuable than a quick fix.
Posted by Sparky at 11:00 AM