I don't usually go to bars. I don't drink or smoke, and a small dark room with loud music never seems conducive to the sort of small-group conversation I love to engage in. However, when clearing one's head, one has to be open to all sorts of experiences.

It was not a big decision to go out to the bar in Asakusa with Joel and Chris. For one thing, attempting to fit in with a social "norm" would be a pleasant break from my usual routine. Furthermore, such an experience would be naturally weighted towards the possibility that somebody would take at least a passing interest in the length or form of my hair, and this was the only trigger which would start the process by which the next of my dreadlocks would be removed.

Was I becoming a leech on society? Was every move I made calculated to be conducive to the next hit? Perhaps. But unlike a standard form of addiction, this series of hits had a clear end: when there are no more dreadlocks left, there are no more hits to be had - unless I spend another 9 years growing the things.

Joel and Chris were both familiar with my dreadlock removal process, and therefore knew not to mention them. None of the other people with whom we walked from the hostel to the bar mentioned my hair. Perhaps they all felt either not familiar enough with me to feel comfortable with asking about dreadlocks, or familiar enough with the idea of dreadlocks that they didn't feel the need to ask. (Why should they ask anyway?)

The person who eventually mentioned my dreadlocks was Deanna, an American girl studying Japanese in Tokyo. Fairly early in the conversation she came straight out with the question of how long I'd been growing them. Deanna was particularly interested in dreads, having a dreadlocked sibling, but she had never got around to growing her own because of the high maintenance involved. I set about my standard explanation of the project I was undertaking. Deanna seemed pretty surprised, but willing to go ahead with the cut. 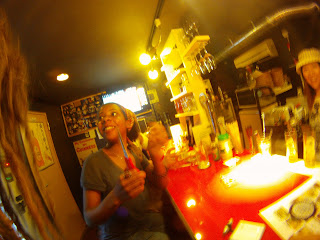 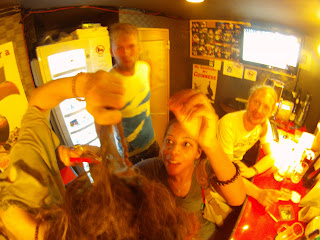 After gratefully receiving the dreadlock, saying that she would give it to her sibling, Deanna decided that the best thing to exchange for it would be the Japanese o-mamori that was tied on her bag. It had brought her luck, she said, and she hoped it would bring me as much luck. 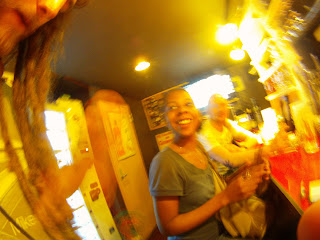 The link between dreadlock and o-mamori seems to be rather persistent. It there something deeply psychological linking locks of hair to protection charms, or is it just chance that there keeps being such a crossover?


The next dreadlock to be cut was also kept to give to the cutter's sister.