As I looked for the right seat on the train, I heard a voice: "We meet again!"

I had to look twice, as I was not immediately sure where I had seen him before, but I then realized he must have been one of the people with a group of Americans I'd met earlier. I surmised that it would make for an interesting journey to have some company, and I made the acquaintance of the guy who had spoken, Guerrero Marquez, a Filipino expat from near Tokyo.

After we had talked for a while, and exchanged life stories and raisons d'être, Guerrero said, as if he had been holding the question in, "I have to ask, is it your real hair?" I told him the situation, and he was immediately interested in what I had to say, and somewhat surprised at what I was undertaking. He certainly agreed to cut one off, but couldn't quite believe that that is what I wanted him to do. 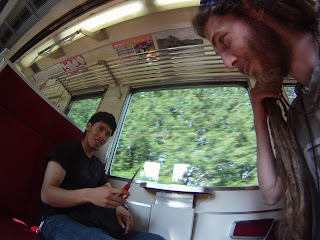 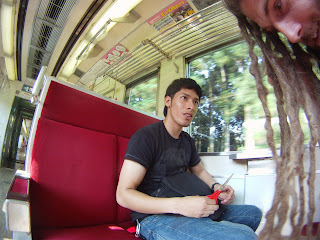 But then he accepted, and with an air of determination he reached up and chose a lock to cut. 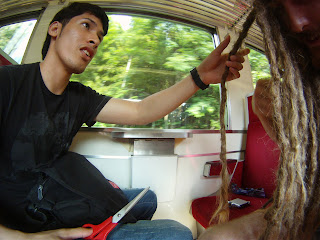 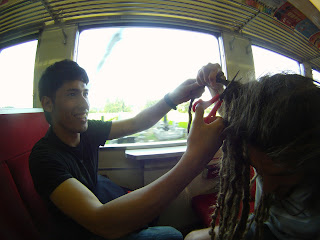 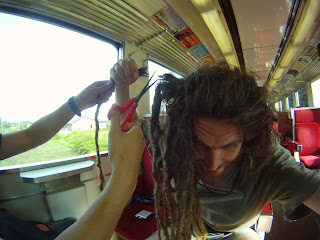 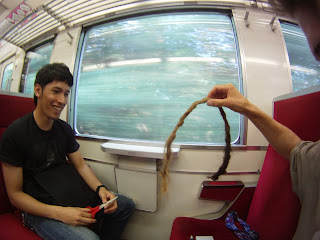 After the cut, Guerrero was keen to keep the dreadlock and I asked what he wanted to exchange for it. He said that he assumed that money is not an option, and rummaged in his wallet to see what else he could find. 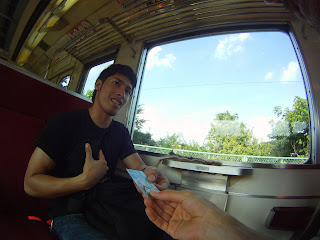 From his wallet, he produced a Catholic talisman featuring a medallion embedded into a handy credit-card sized package bearing the image of Our Lady of Fatima. He told me that his mother had given it to him. This seemed to be somewhat precious, so I asked if it was really alright to take it from him. He insisted it was, and I accepted it. The Japanese word for a talisman is o-mamori, and I thought it highly appropriate that here was a dreadlock being exchanged for an o-mamori when one of my previously removed dreadlocks had been installed as an o-mamori hanging from the ceiling of a bar in Kamakura. I asked Guerrero to keep the dreadlock he removed as an o-mamori. 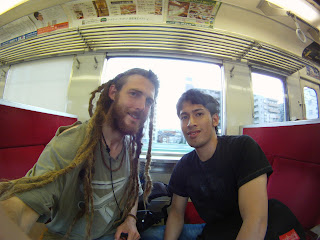 The train took us back to Tokyo, and we went our separate ways. Later that evening, after another removal at the Kaminarimon, I underwent another exchange of talisman-for-dreadlock.
Posted by Sparky at 4:30 PM

Email ThisBlogThis!Share to TwitterShare to FacebookShare to Pinterest
Location: On board a Tobu Line train in Tochigi Prefecture