I was wandering between shrines, through Nikko's tall dark forest along gravel paths pre-defined for tourists, when an exclamation to my right suggested that a lady had just seen a foreigner with extremely long dreadlocks. I realized that she too was a foreigner, and spoke neither Japanese nor English. She and her family were clearly talking about my hair, but I could not understand their language. The daughter spoke English and told me that they were from Taiwan. 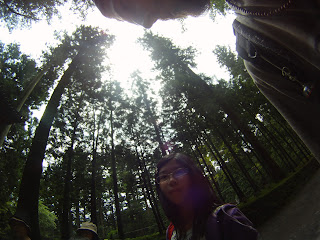 A short way into our conversation, she asked me directly if this was my real hair. I started my spiel in Japanese, and then realized that English would be understood better. When I offered the scissors, the girl joyfully took them and selected and cut off a dreadlock. 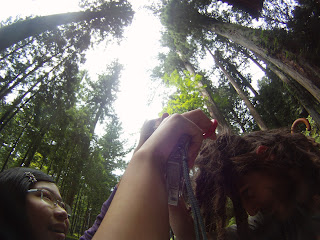 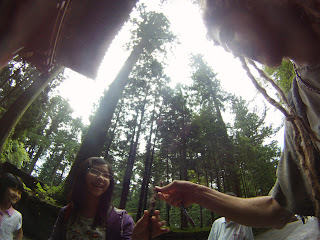 She handed me the dreadlock and asked what we should do with it. She seemed to want to keep it, so I asked if there was anything she would like to exchange for it. At this point her father or grandfather intervened from behind her, shaking his head as if to say "no, you don't want that, it's not worth anything."
So the girl gave the lock back to me and I asked what I should do with it. The girl told me to keep it, but I suggested that a better idea might be to put it somewhere... like... 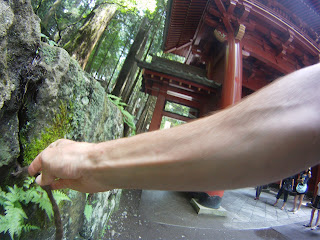 How about in this gap between stones in this stone wall... does it look like there's some kind of creature lurking in there? 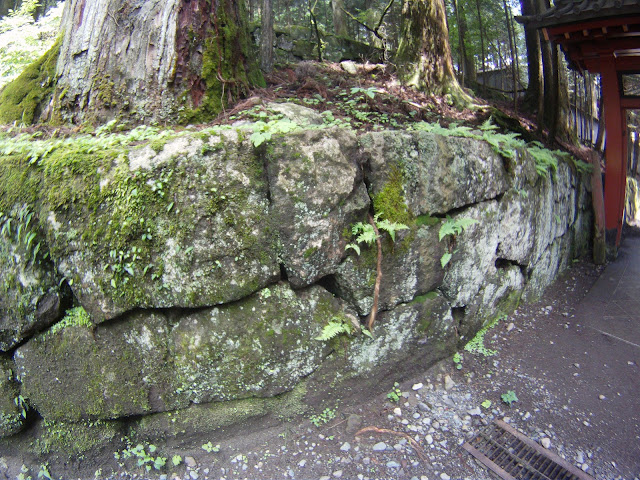 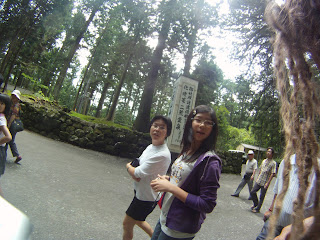 I thanked the family, and continued on my way. They were heading the same way, and the conversation continued, as we wandered along the avenue, with profuse laughter and hearty recommendations that I should visit Taiwan, not to mention concern that I was travelling alone without my family. 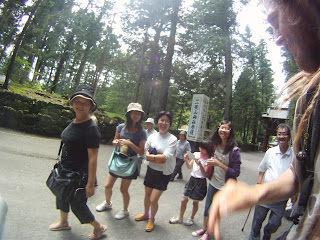 Rather than visiting Taiwan, I got on a train to return to Tokyo.
Posted by Sparky at 1:00 PM