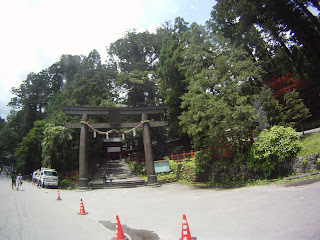 I saw the opening and seized it immediately. A group of old ladies were sitting having a rest on the plastic benches near the entrance to one of the many shrines in Nikko. On the premise that I too felt like I needed a rest (and secretly hoping that some mention would be made of my dreadlocks), I excused myself and sat down next to two of them. 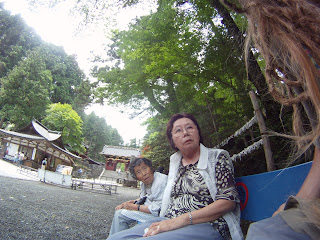 We got talking , and fairly early in the conversation the lady next to me mentioned my dreadlocks. I explained to her what I was doing, that by mentioning my dreadlocks she was eligible to cut one off, and handed her the scissors. 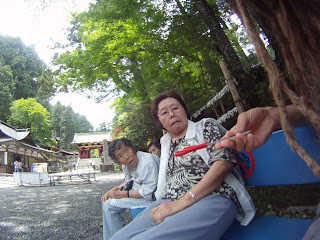 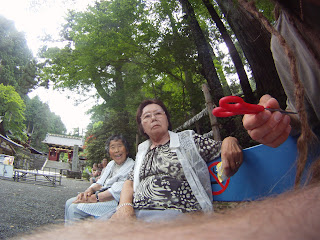 She immediately said that she couldn't possibly cut any of my hair, as it would be such a waste of the time I had taken to grow it. Thus began a test of my powers of persuasion.

By explaining how heavy my hair had been getting, and how hot it is in the summer heat, and how my body was telling me 切る時間です！"it's time to cut it!" (a phrase which her friend repeated, giggling), I managed to convince both ladies that it was indeed, time to cut off another dreadlock. They noticed the evidence that other dreadlocks had been cut off, and tentatively agreed to do the deed. 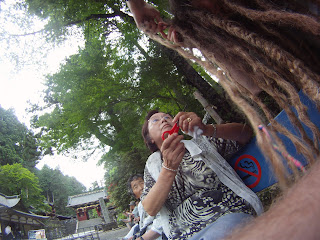 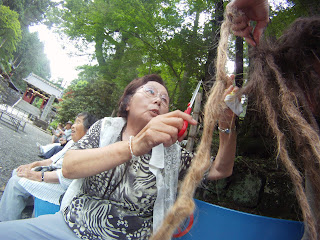 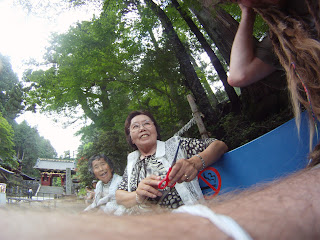 The ladies seemed contented with the deed, but they still had concerns: what would I do with the dreadlock now that it was cut off? The lady who did the cutting particularly wanted me to keep the lock and do something with it: her immediate suggestion was that I use it as the hair for some sort of doll or figurine. 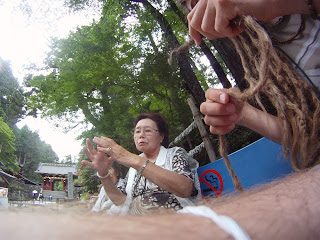 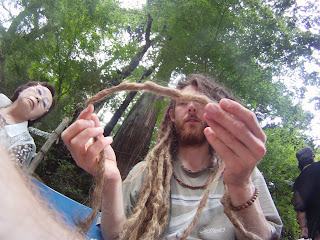 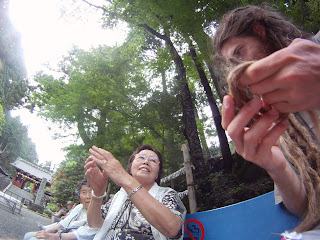 They also suggested that I tie my hair back to look less scary, and perhaps shave my beard off. I promised them that I would shave at or before the end of the dreadlock cutting process. 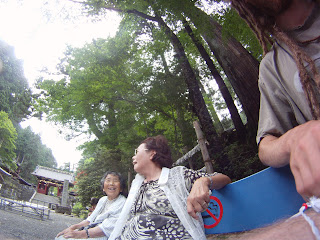 We continued to talk for a few minutes, and I thinked them profusely before making my excuses and heading off to look for something to use as a doll's head.

It was not until after the next encounter that I found a stone which would do nicely. 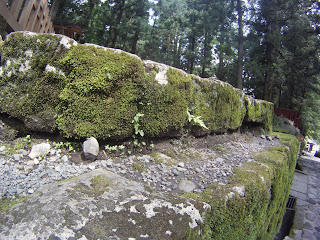 I spent some time entwining my dreadlock around it, made eyes from mud, and a mouth from a thin yellow leaf. 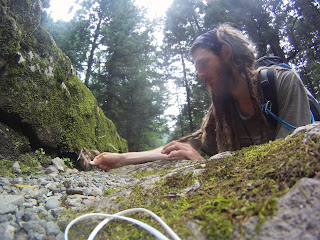 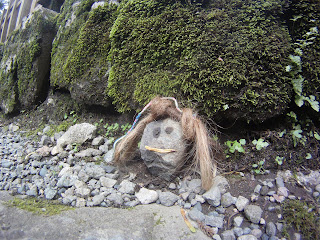 I knew that this "doll" would be ephemeral, but as I left it on the mossy wall and walked off down the path, I hoped that perhaps the lady who had commissioned it would walk past it and notice it before it disintegrated and returned to the forest. 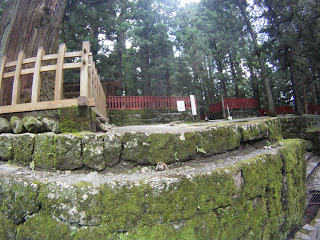