I was putting my boots on, getting ready to leave a bath house at which no-one I met had mentioned my dreadlocks. I spent a while chatting to the ladies at the reception, and during this time a gentleman to whom I had been chatting in the bath came out of the changing room. None of these people mentioned my dreadlocks, but the gentleman did ask if I fancied a beer. I told him that alcohol was not my preference, but he insisted I join him anyway at the establishment over the road where he always goes for a beer after his bath.
For some unfathomable reason, the place was called Bar Jerk. I accepted the kind offer of a grapefruit juice, and we got talking to the barman-proprietor, whose name is Takashi Fuji. 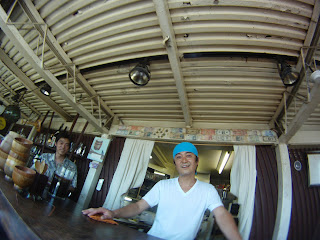 After we had covered the usual preliminary conversation topics, Takashi came out with the comment, "your hair's very long isn't it?" I thanked him profusely for this comment, stood up, and explained my spiel. If he was at all surprised, this very quickly turned into deep interest. 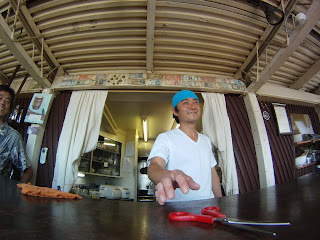 Takashi took the scissors, came around the bar, and went ahead and cut off one of my dreadlocks with just the right mixture of panache and formality. 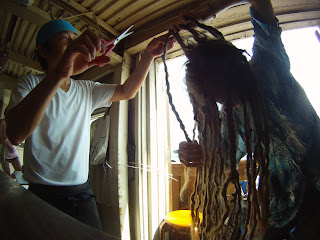 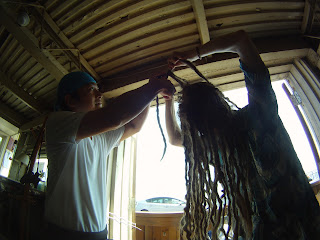 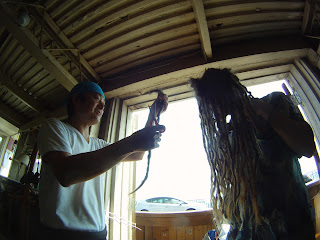 It was immediately obvious to him what to do with the hair: use it as an o-mamori, a protective lucky charm or talisman to hang in the bar. He spent some time winding it into an appropriate shape and selecting the appropriate place to hang it from the ceiling. 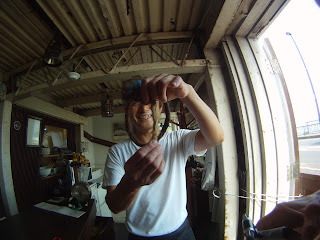 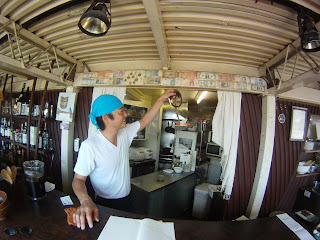 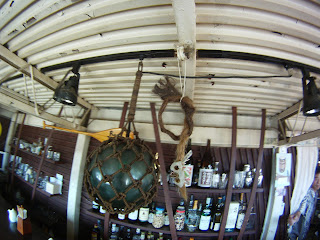 There was a real sense during this exchange of everyone being in the right place at the right time, having accidentally come together for this special event. We all wished each other well and went our separate ways. I decided that central Kamakura was a likely place for someone to mention my dreadlocks, and thereby initiate another encounter.