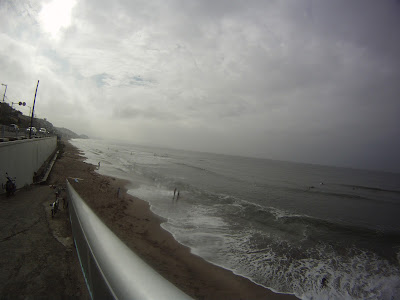 Having been enviously watching surfers as I walked along the beach between Kamakura and Enoshima, I popped into a 7-11 to find out exactly where I was by looking at a map. On my way out past the drinks shelves, I heard a voice nearby whisper "Rasta". I confronted the owner of the voice, a surfer and said to him "to iu no ha?" which is essentially the Japanese equivalent of "Yeah? And?" I felt more aggressive than I had meant to feel, and had somehow not managed to capture the subtler "please say whay you actually want to say" nuance that I had been after. All I wanted to do was elicit a response clear enough to know for sure that he had been talking about my hair all along. I felt that he was on the defensive and wanting not to risk my (nonexistent) wrath. Realizing that I had probably scared him (being, as I am, an unpredictable foreigner) and also that it was obvious enough that he was talking about my hair, I asked him straight: "do you mean my hair?" He said yes, and I handed him the scissors while telling him the whole spiel. He was far too shocked to cut off my hair there and then, so I took the scissors back and said the equivalent of "I'll see you outside."


I am convinced that this did not sound as aggressive as it would do in English. From my actions it may have been inferred that I was starting a fight. The possible ambiguosity of my motives as perceived by my audience is another reason I chose Japan for this undertaking. Had I led a similar path in a rough city somewhere in Europe or the USA, I may well have ended up on the wrong side of a frightened victim-become-attacker. The smaller likelihood of "trouble" in Japan makes it an attractive location for on-the-hoof performance intervention.

Luckily for me (and for the angry fight-starter I could have been) convenience stores have only one door, so I knew I would not miss my participant coming out through it, and had a minute or two to set the camera up. 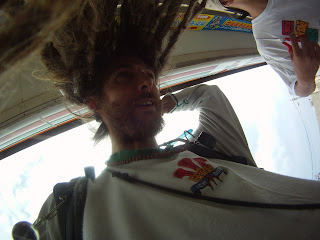 He seemed surprised that I wanted the whole length of dreadlock cut off ("Half is OK, isn't it?") but then got good and close with the scissors, and cut the lock well and cleanly. 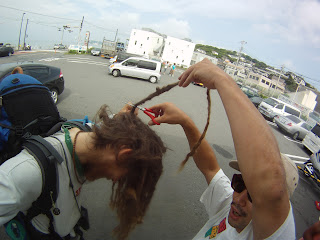 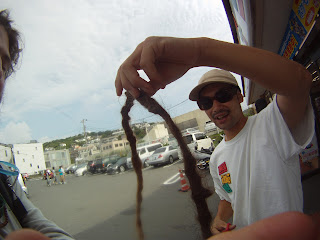 He definitely had no interest in keeping the lock, so I asked him what I should do with it. He said "beach" (as in "put it on the") and ran off, as his friends were calling him to the car. 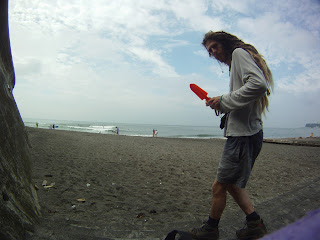 I went down to the beach with my small handy backpack trowel, myself, and the newly-detached dreadlock, and dug a hole. 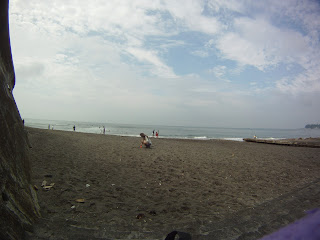 I only got about 2 or 3 inches deep, so I expect that a couple of days later the sea or a person or a dog would come along and unbury the dreadlock. Perhaps, I mused, as I walked back up to the road, this would cause some alarm to the local surfers, and lead to a forensic investigation into human remains buried next to the sea. But I heard nothing of this, and it is highly unlikely. For a day or two, at any rate, one of my dreadlocks was buried on a popular surfing beach in Kamakura.

On to the next Encounter.