Encounters 22 and 23: The Ninteenth and Twentieth Dreadlock Removals


I was looking for a litter bin on the shore of a touristic lake in the mountains near Nikko, Japan, but there were no litter bins around. Perturbed, I asked a man attending a pleasure boat dock if there was anywhere to put my rubbish. He agreed that there were no rubbish bins around, but said he was happy to take my rubbish from me and burn it. Which he did. Our encounter became a conversation, and he came around to asking me about my hair. Were my dreadlocks, he wanted to know, extensions? No, I told him: they are all real. I thanked him for mentioning my hair, and was just about to explain what I was doing when he saw a group of tourists across the road and excused himself, as he had to show them to the boats. By and by, he came back from his duties and we continued our conversation. I told him that I was having my dreadlocks gradually removed by anyone who took an interest in them. 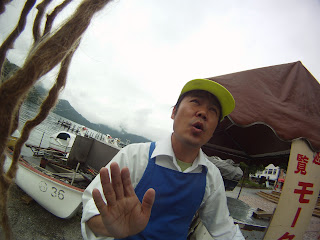 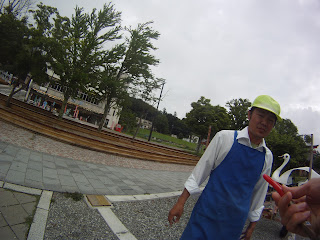 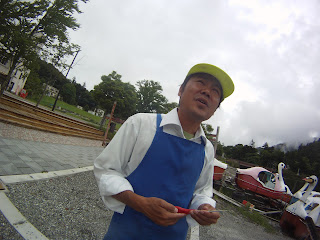 He was somewhat reticent to take the scissors, but I insisted and we chose a lock towards the back of my head. He assumed that I was just removing dreadlocks that could not be seen: it turned out that he was a trainee hairdresser and he made an effort to cut the lock in such a way as to fit in with the rest of my hair. 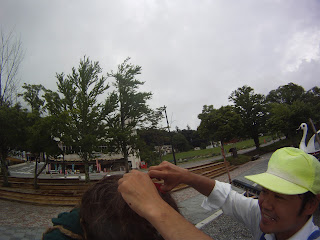 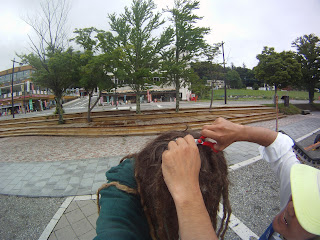 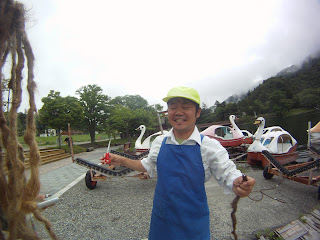 The glee with which this man cut my hair was balanced by a professional flair that few others matched. When I asked what should be done with the lock, his semi-professional advice was to tie it on to the end of another dreadlock, and that is what I did. 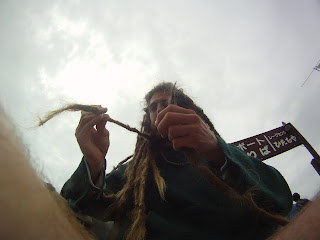 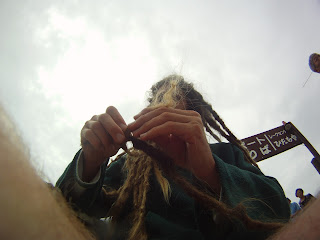 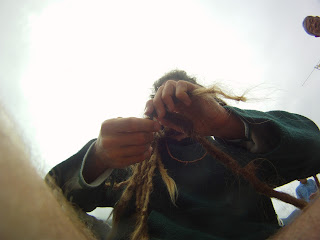 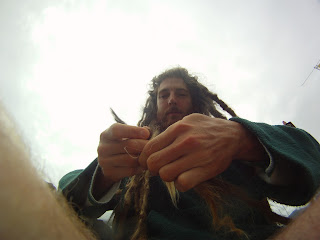 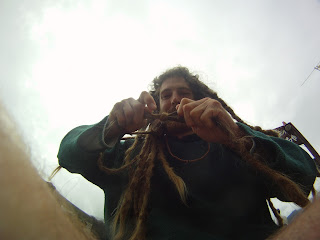 The group of tourists came back from their boat trip, and wandered off the pier, passing by where I was seated tying the newly cut dreadlock onto one that was still attached. 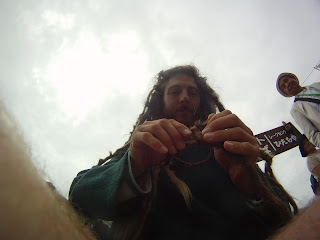 Being a long-haired foreigner, I suddenly became less tourist and more tourist attraction. The passers-by plied me with comments and questions, and one man who walked by leaning heavily on a stick described me as beautiful. 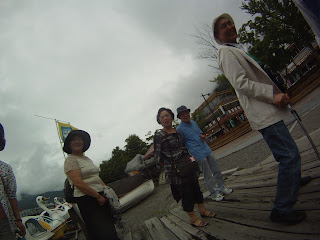 Rather taken aback, I asked him why he thought so, and he mentioned that it was my hair that he thought was beautiful. So I told him my spiel, offering my scissors, and it was his turn to be taken aback. 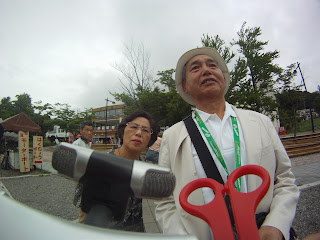 He agreed to cut off a lock with his free hand and I made sure he knew to cut the hair at the root. At this, the ladies standing around said, "No! You can't do that!!" 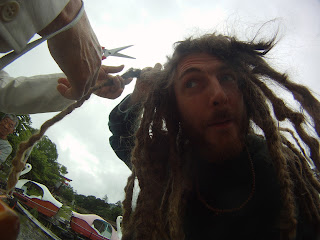 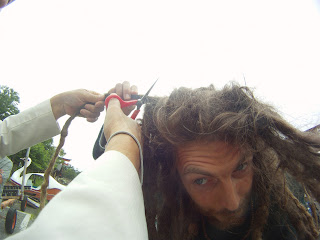 The man then handed me the lock, and walked off with the rest of the group, leaving me no time to ask what should be done with the resulting lock. He obviously had not found my hair quite beautiful enough to want to keep the part he had removed. I decided to treat this lock the same as the previous one and tie it onto the end of one of the locks that was still attached. So I was two dreadlocks closer to physical removal, but the combined weight of hair was no lighter. 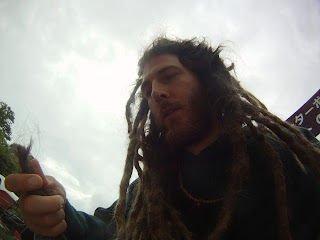 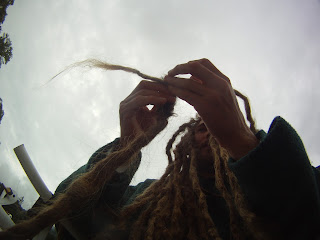 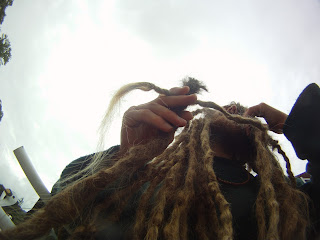 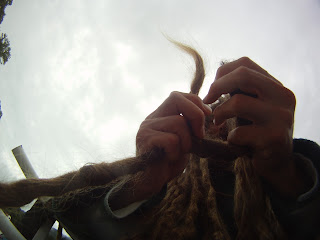 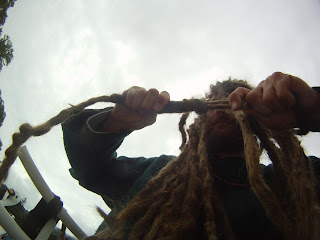 Before I could leave the lake, I was attracting more tourists.
Posted by Sparky at 9:30 AM