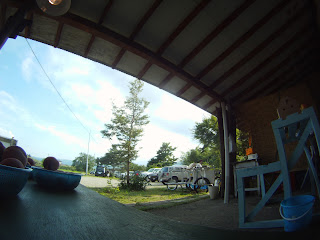 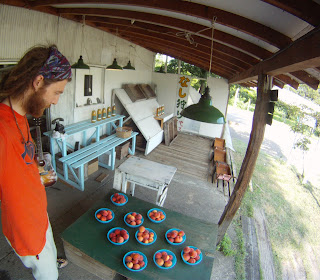 I was tending the peach stall when a chatty regular customer appeared on the scene. About the third or fifth thing she mentioned was my dreadlocks. I wondered if she had been cajoled by Jii into mentioning it, but had no way of telling. So I began telling her my spiel about the dreadlock removal project. Half way through, she left, but came back and seemed very interested in what I had to say. 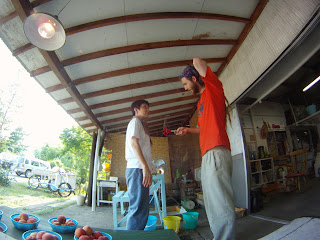 This lady seemed un-surprised that I was in the process of removing my dreadlocks, and happily accepted the scissors. 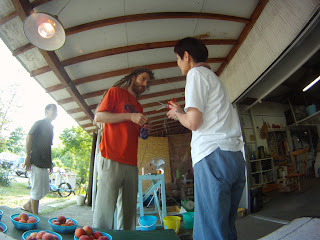 Perhaps by this stage I had few enough dreadlocks remaining (32 down, 11 to go) that it was fairly obvious what was going on. She also did not seem at all reticent to cut off the lock fairly low down. I chose for her a double lock growing from a single thin root. 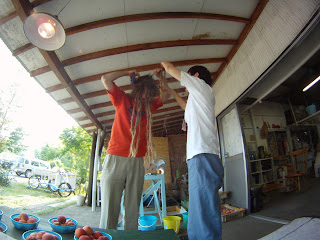 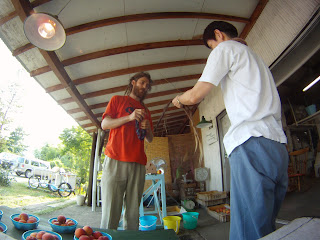 After cutting the dreadlock, the lady held it for a second before deciding very quickly that she did not want it. She decided to give it back to me as a present, so I asked her what I should do with it. 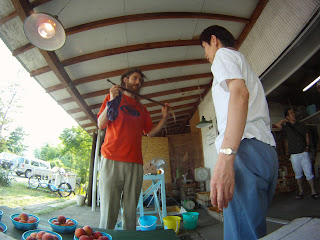 She was not too sure, but did not seem particularly impressed by the idea of it as a kazarimono or decoration. 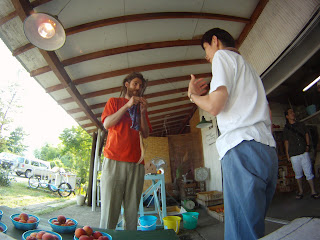 Another couple of customers were in the shop at the same time as this exchange was going on, and they seemed rather bewildered and surprised - perhaps even excited by what was happening around them. Perhaps they were the true beneficiaries of the exchange, as the lady who did the cutting seemed very blasé about the encounter, now that the dreadlock had been cut off. 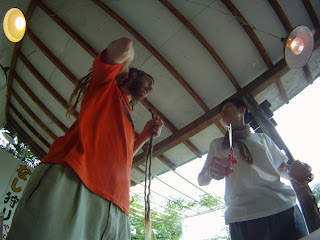 Her last comment to me before she left was "put it in the combustible rubbish, won't you?" So I decided that this is what I would do.

Some time later, I found a rubbish bin marked 燃えるゴミ - moeru gomi (burnable garbage, or combustible rubbish) and deposited the dreadlock in the bin. 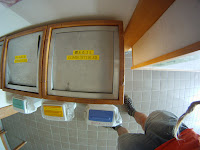 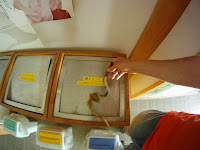 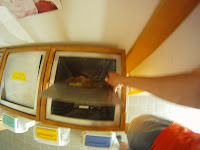 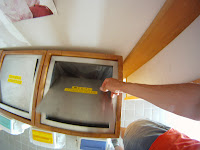 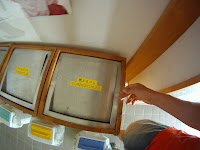 UPDATE (1 year on)
In editing the photographs, I have become aware of a grave mistake in proceedings. I neglectfully took little notice of which of my kept dreadlocks I placed in the combustible garbage can. It turns out that I am still in posession of the 33rd dreadlock, forked in two with a thin base. The dreadlock in the burnable garbage must be one of the others... can you spot which one?

To the next dreadlock
Posted by Sparky at 4:00 PM